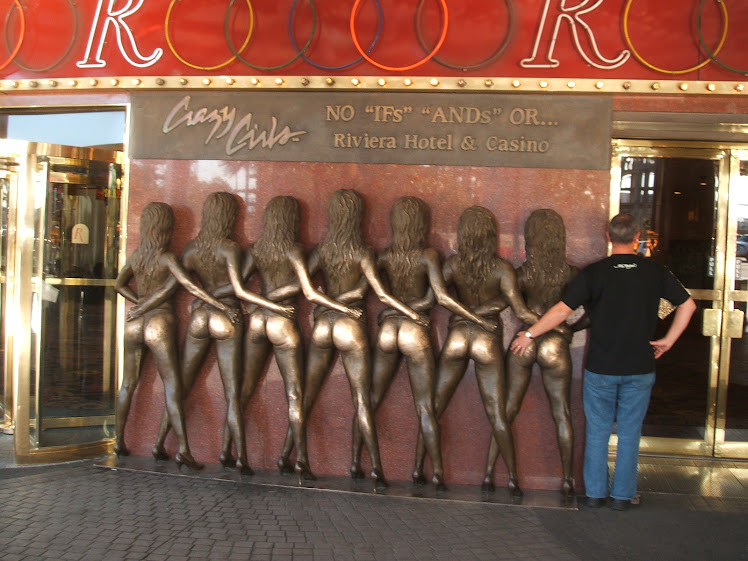 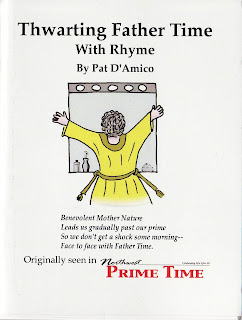 Pat D'Amico lives in Washington State and is a staunch supporter of the light verse scene. She has been plying her trade for thirty years - in fact, 184 of her poems appeared in the Wall Street Journal.
She writes a regular column for local paper North West Primetime and is frequently to be found among the contributors to Martin Parker's brilliant Lighten Up Online quarterly magazine, where I first came across her work.
Pat is a master of the short, wry, poignant, humorous, clever poem. She writes of things we see all around us but take for granted. "When I woke up one morning / and was trying to clear my head,/ I stretched a bit and nothing hurt - / I thought that I was dead." Her poems are tremendously popular with ordinary people, which is what good poems should be. Many of today's poets appear to write for their fellow poets - Pat writes for people like herself.
Anyhow, she's finally getting around to assembling some of her thousands of poems. "Thwarting Father Time"  is a compilation of the verses that have appeared in "Northwest Prime Time" over the last 8 years. To order, please send $5.95, postpaid in the USA, to Pilot Publications, 5203 111th Ave. NE, Kirkland, WA 98033 or contact pat@lightversepoetry.com.

Posted by Peter Goulding at 9:42 PM 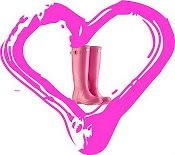 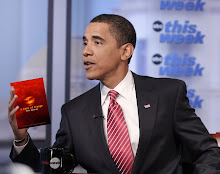